JC Heating & Cooling, Inc. is growing
Our company is looking for great technicians to join our team! 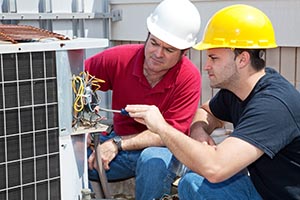 Since 1972 JC Heating & Cooling is your best choice for repairs, installations, maintenance and service in home and buildings like yours in the LEVITTOWN AREA. We take special pride in the craftsmen we train and employ. Its also noticeable immediately in the attitude and intergrity our techinicians bring to your home. Our entire company works hard to make your experience enjoyable. You can also be assurred that JC Heating & Cooling stands behind the work we do as well as comply with all Safety Codes.

We provide the following services in Levittown, PA

Happy To provide Heating and Air Conditioning Service & Repairs and we will even deliver home heating oil to your front door in Levittown, Pa.

Most of the land on which it is built was purchased in 1951.Levitt and Sons only built six models of houses in Levittown, all single-family dwellings with lawns: the Levittowner, the Rancher, the Jubilee, the Pennsylvanian, the Colonial and the Country Clubber, with only modest exterior variations within each model. The homes were moderately priced and required only a low down payment. Construction of Levittown began in February 1952, soon after completion of Levittown, New York, located on Long Island. Levittown, Pennsylvania was the second "Levittown" built by William J. Levitt, who is often credited as the creator of the modern American suburb.To speed up construction, Levitt & Sons perfected a 26-step rationalized building method that was essentially an assembly line type of home building. The house remained stationary, while the construction workers moved from house to house. Each worker had one task such as pouring slabs, framing, installing electric sockets or installing washing machines. This highly regimented process enabled Levitt's workers to produce a finished house every 16 minutes. Construction of the homes commenced in 1952 and when completed in 1958, 17,311 homes were built. What set Levittown apart from other developments at the time was that it was built as a complete community. Levitt & Sons designed neighborhoods with traffic-calming curvilinear roads, in which there were no four-way intersections. Each neighborhood had within its boundaries a site donated by Levitt & Sons for a public elementary school. Locations for churches and other public facilities were set aside on main thoroughfares such as the Levittown Parkway, likewise donated by the builder to religious groups and other organizations. Other amenities included Olympic-sized public pools, parks, "greenbelts", baseball fields and playgrounds, and a shopping center located in neighboring Tullytown borough that was considered large and modern at the time of its construction (and in fact was the largest east of the Mississippi). The first set of four sample homes were put on display in a swatch of land near the future Levittown Shop-a-Rama, and an estimated 30,000 people viewed them in that first weekend.

JC Heating & Cooling Rated 4.9 out of 5 stars based on 286 customer reviews

Powered by Nearby Now

I can not thank everyone at JC Heating & Cooling. We had a heating emergency at my house on Sunday. Joe M came to my emergency call. He was at my house within 20 Min of the phone call. He tried to see if he could do a temp fix until he was able to get to the shop and get everything he needed. Within 25 Min of Joe leaving my house , He came back with 2 other gentlemen on Sunday to drain my oil tank and then Brad got me a replacement tank the next day. Joe M came back today 11/07 and installed it. I literally can not thank Joe M & JC heating and cooling enough. If I could rate more then 5 stars I would.


Thank you for the wonderful review and for taking the time to share your feedback with us. Our priority is customer service and we are ecstatic to know that you are happy with our technicians and services! Thank you, The staff of JC Heating & Cooling


Charles. Thank you for taking the time to share your feedback! It is our goal to provide total customer satisfaction and we always appreciate you sharing your experiences and for choosing us as your service provider! The staff of JC Heating & Cooling


Thank you so much for your 5 STAR REVIEW. We really appreciate you taking the time out to share your experience with us. The staff of JC heating & Cooling


Thank you Mary for your 5 star review for being a loyal JC Heating & Cooling customer. Our goal is to provide total customer satisfaction and we are happy to hear you are pleased with our services. We hope to continue meeting all of your service needs. The staff of JC heating & Cooling

Shawn was amazing. He was here hours before expected. He was quick, efficient and was able to explain the issue to me (who is not mechanically inclined) in a way that didn’t make me feel like an idiot. Reasonably priced and even left me with some tips to keep the AC working at top priority. It was so hot in the house this morning, I’m really almost in tears. Thank you so much.


Thank you for taking the time to leave us a positive rating, Erika's. It is our goal to provide total customer satisfaction and we are delighted to know that you are pleased with us, and that we were able to meet all of your service needs! The staff of JC Heating & Cooling


Thank you for taking the time to give us such a great review. If we can be of any help in the future please don't hesitate to call our office. The Staff of JC Heating & Cooling.

John came out to check our heater. He was very knowledgeable and professional, and answered all our questions. We were very happy with JC , from the folks in the office, to the service.


Thank you so much for your kind words. We really appreciate you taking the time out to share your experience with us. The Staff of JC Heating & Cooling

He was very professional and completed the service promptly


Thank you for being a loyal JC Heating customer. Our goal is to provide total customer satisfaction and we are happy to hear you are pleased with our services. We hope to continue meeting all of your service needs.

Great service - tech was very nice and professional. He knew what he was doing.

Very good - will be using you for all service


Thank you for taking the time to share your experience and giving Jack a 5 Star Rating. We're pleased to hear that you're satisfied with the services we have provided. The Staff of JC Heating

Joe was professional and explained the issue with our oil burner. He was able to fix the problem in a timely manner


Thank you for taking your time to leave us a positive review! We are happy that you are pleased with our service, and we hope to continue to meet your needs! The staff of JC Heating

Very efficient service, and personable. A credit to you and your company.


Thank you Victor for taking the time and giving Shawn A 5 Star review anf thank you for your suppoet of JC Heating & Cooling. The staff of JC Heating

Amazing workers and great from start to finish

The process was seamless from start to finish. I would recommend highly.


Thank you Matthew's for your business and the 5 star review. The staff of JC Heating & Cooling


Thank you so much for your kind words, Michael. We really appreciate you taking the time out to share your experience.


Thank you for taking the time to give Ben such a great review. If we can be of any other service to you in the future please don't hesitate to call

Shawn was here before the time window, explained everything he did!

Shawn was amazing he explained everything clearly to me, and I was very impressed with his extensive knowledge and experience.

Convenience
1 day ago1 day ago 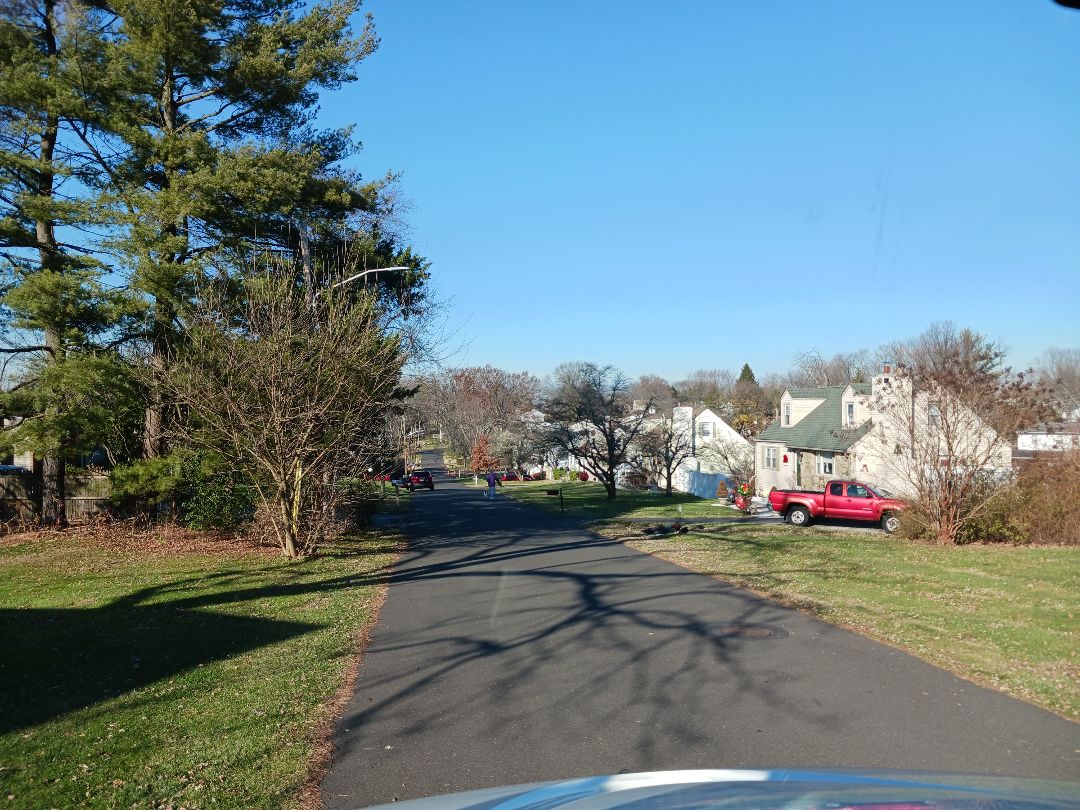 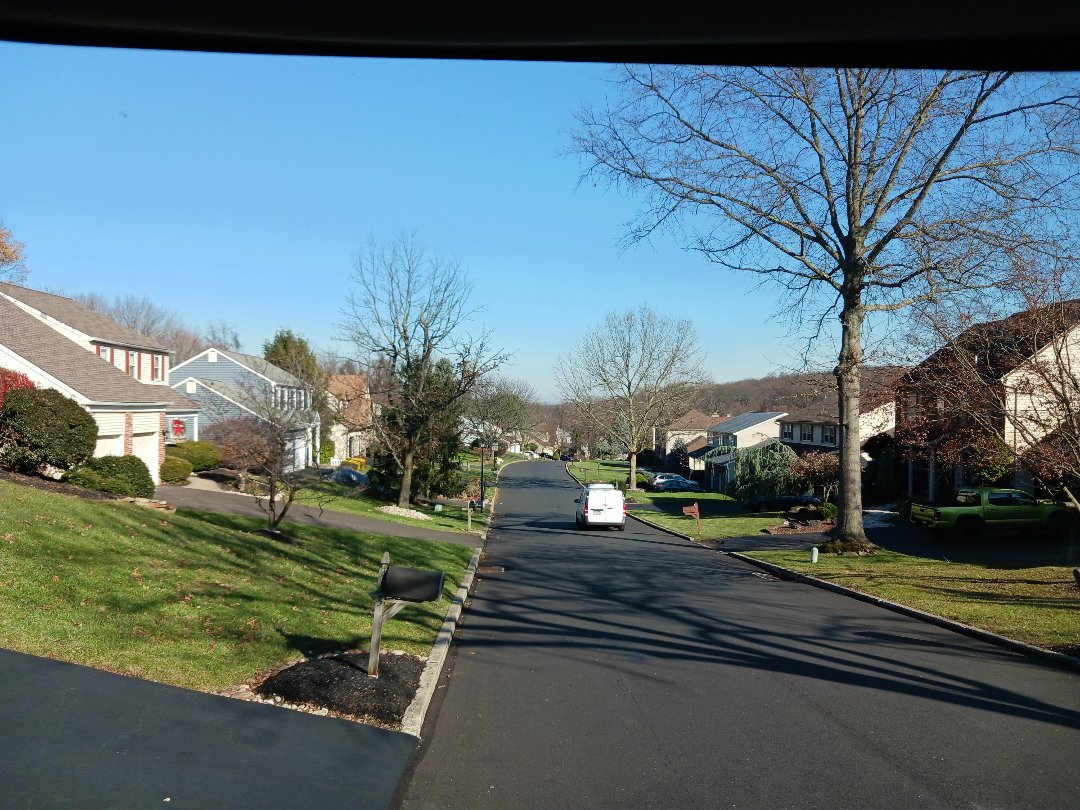 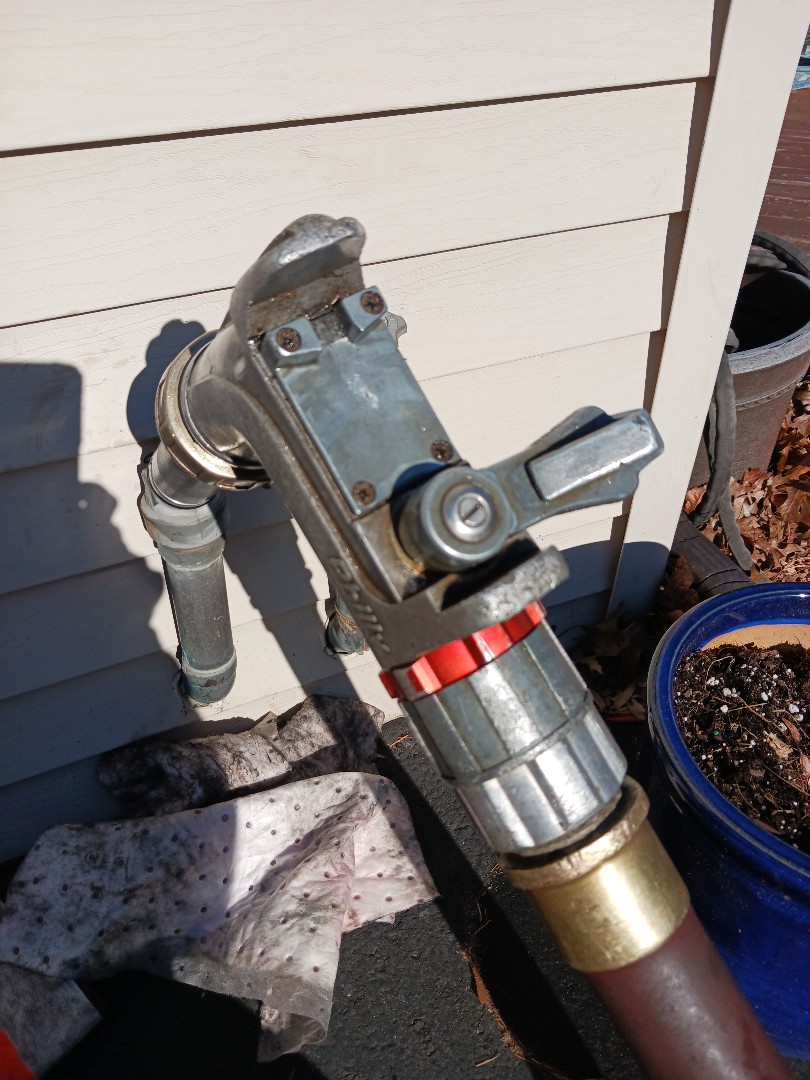 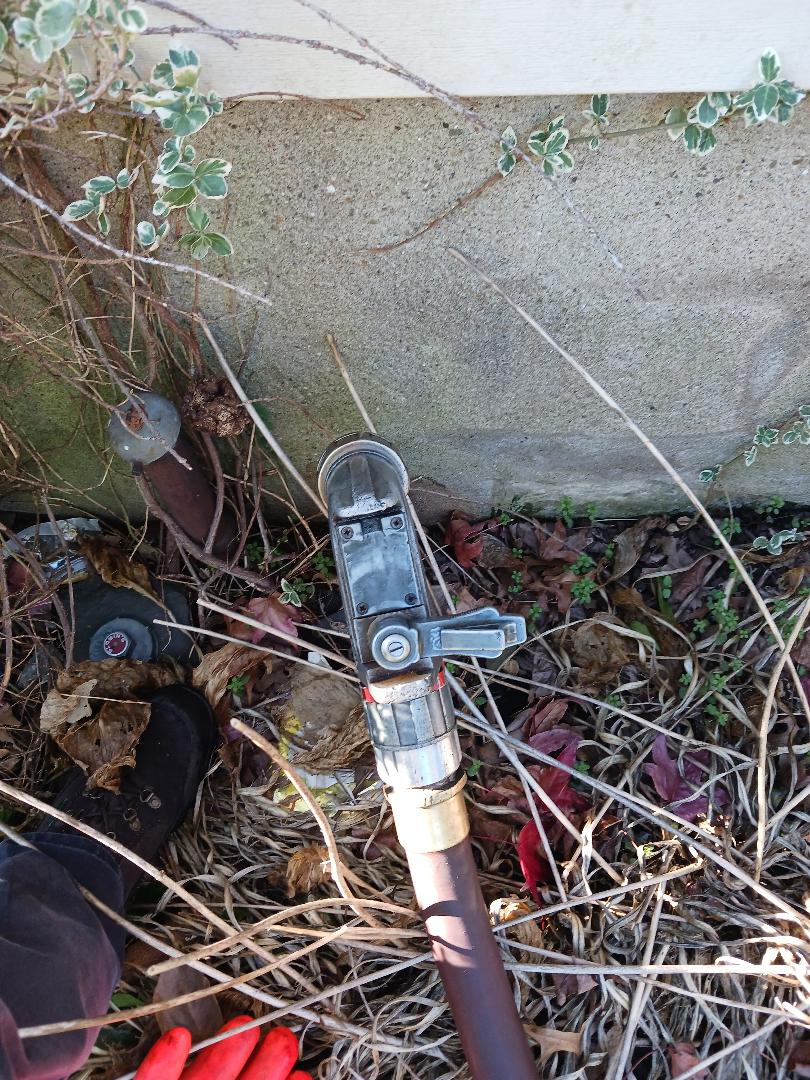 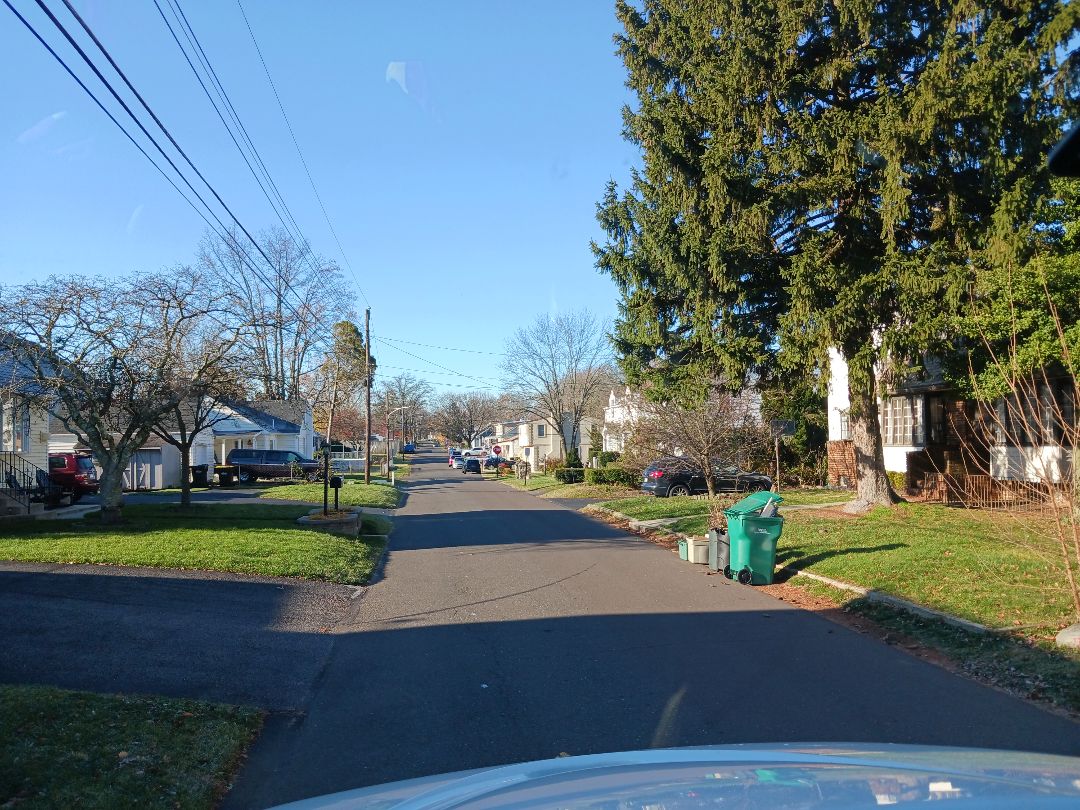 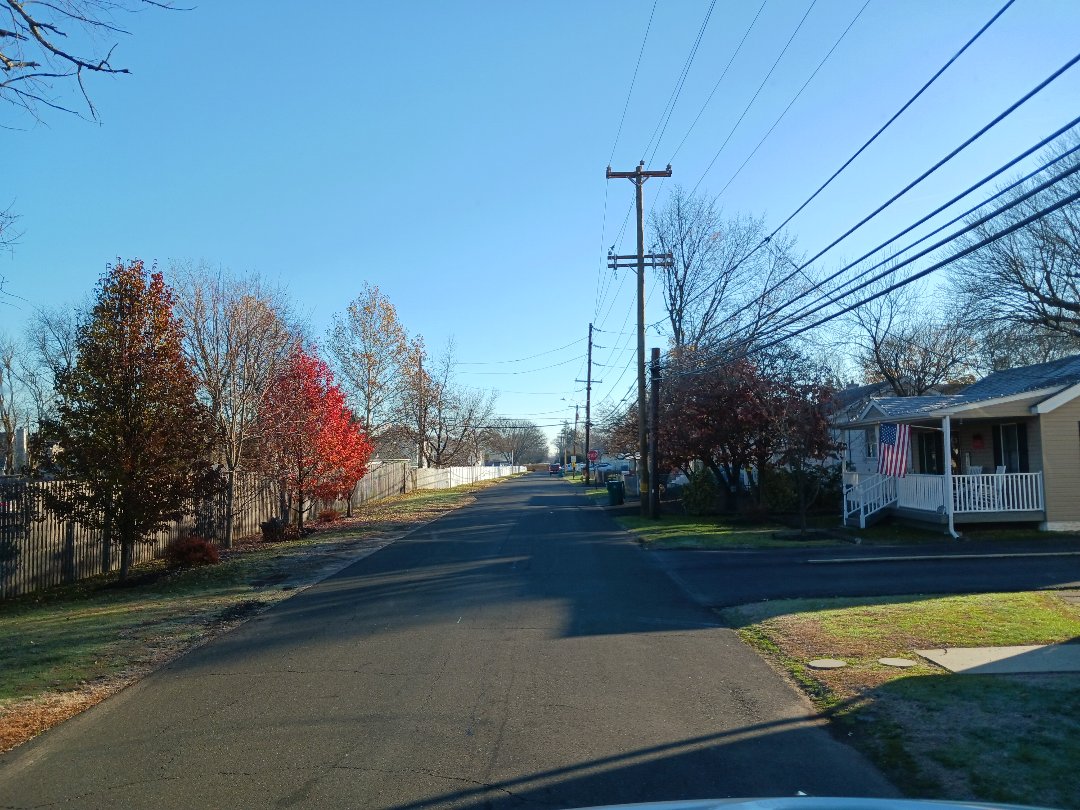 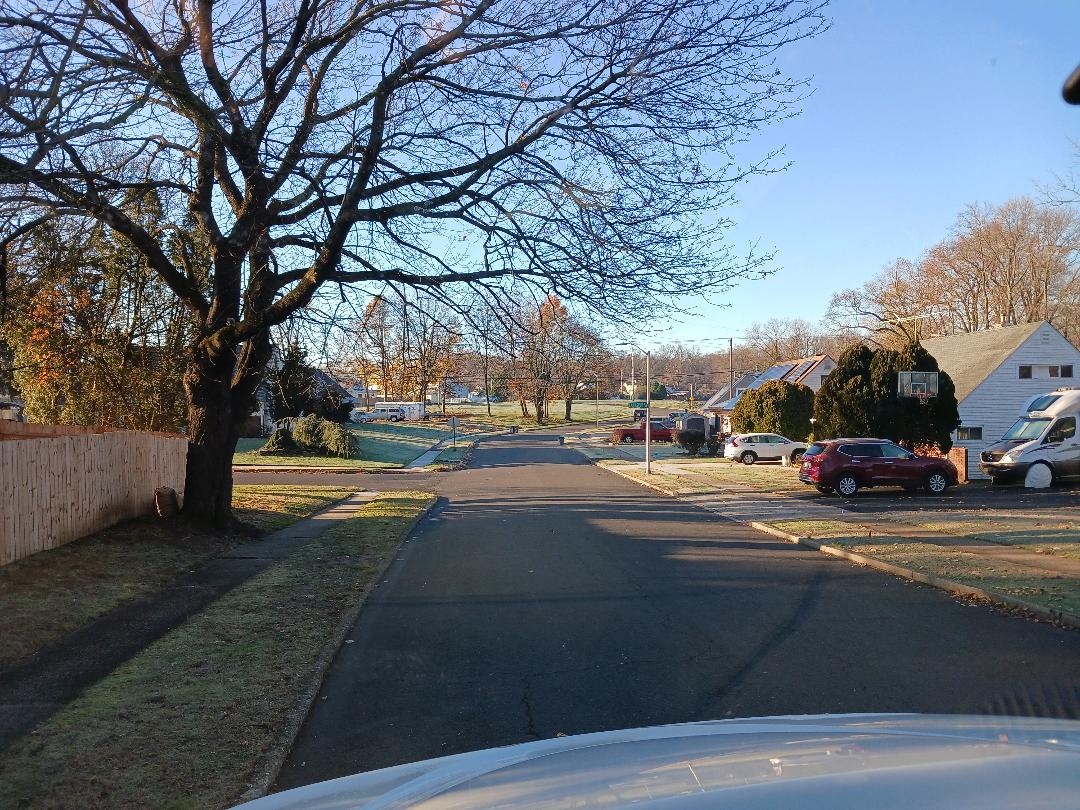 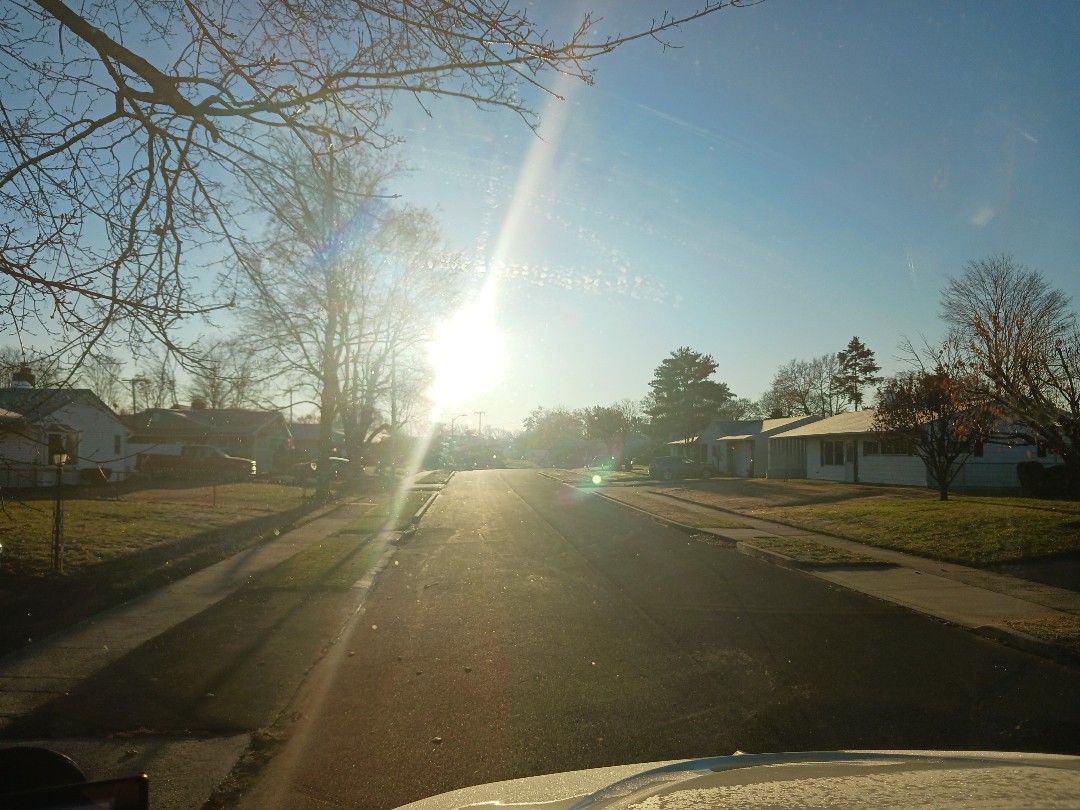 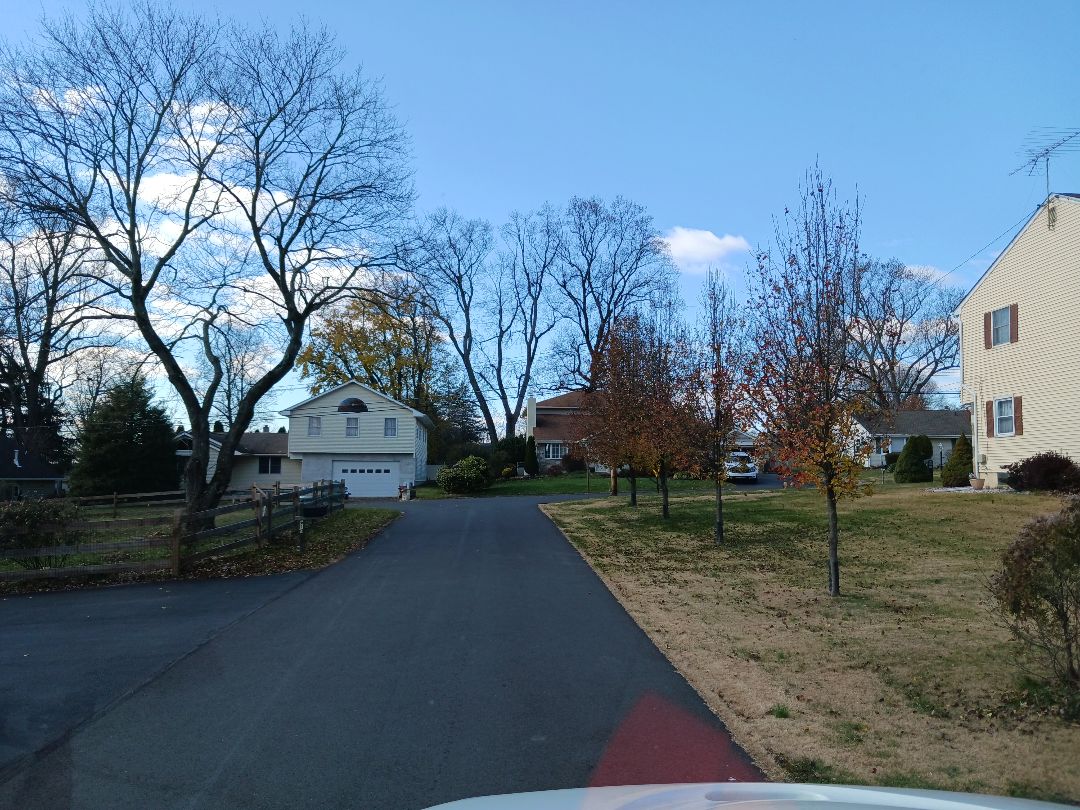 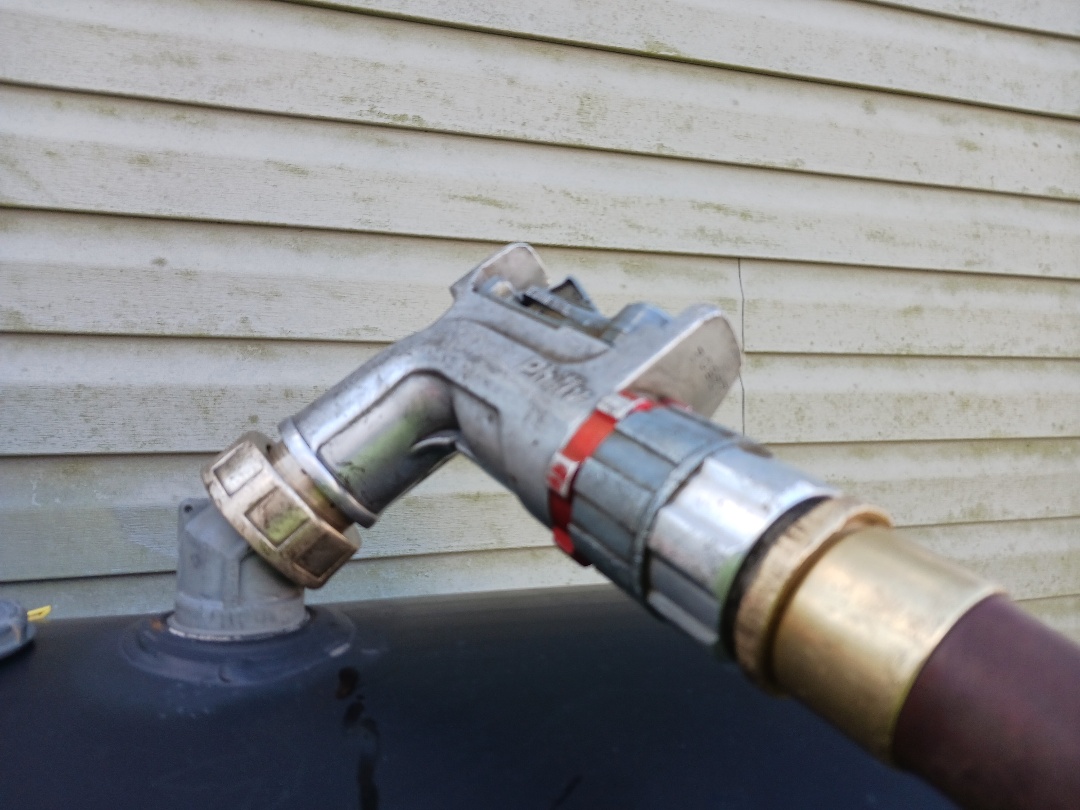 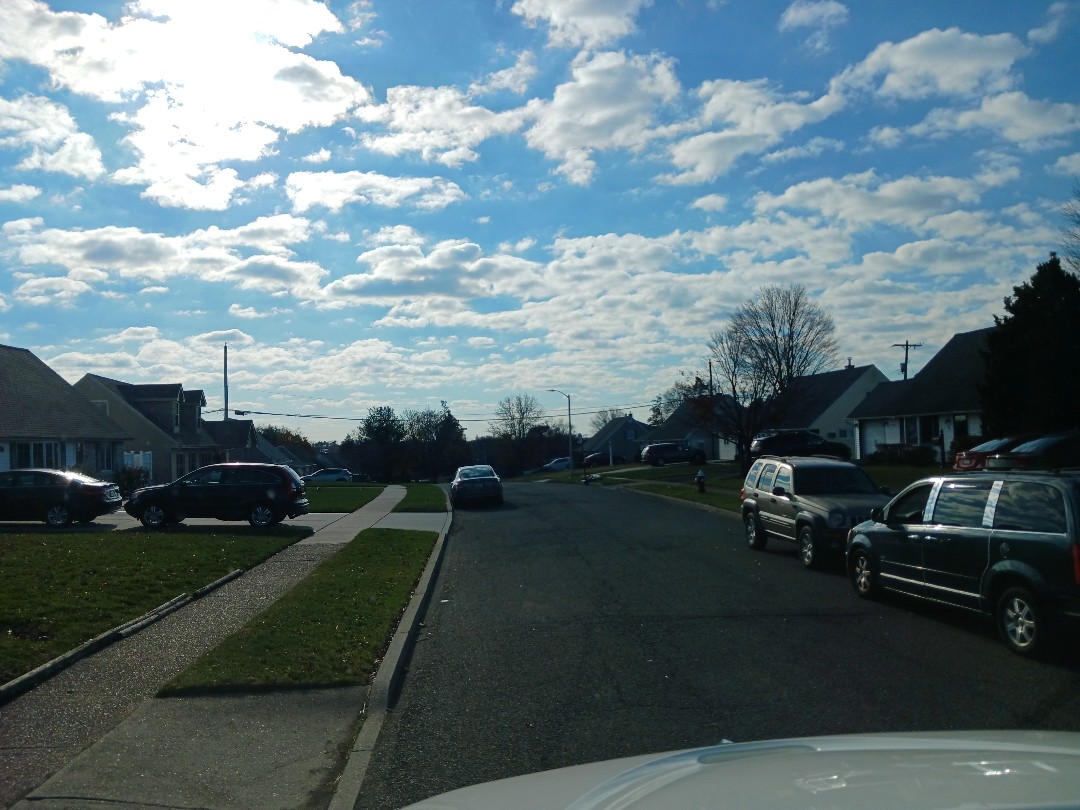 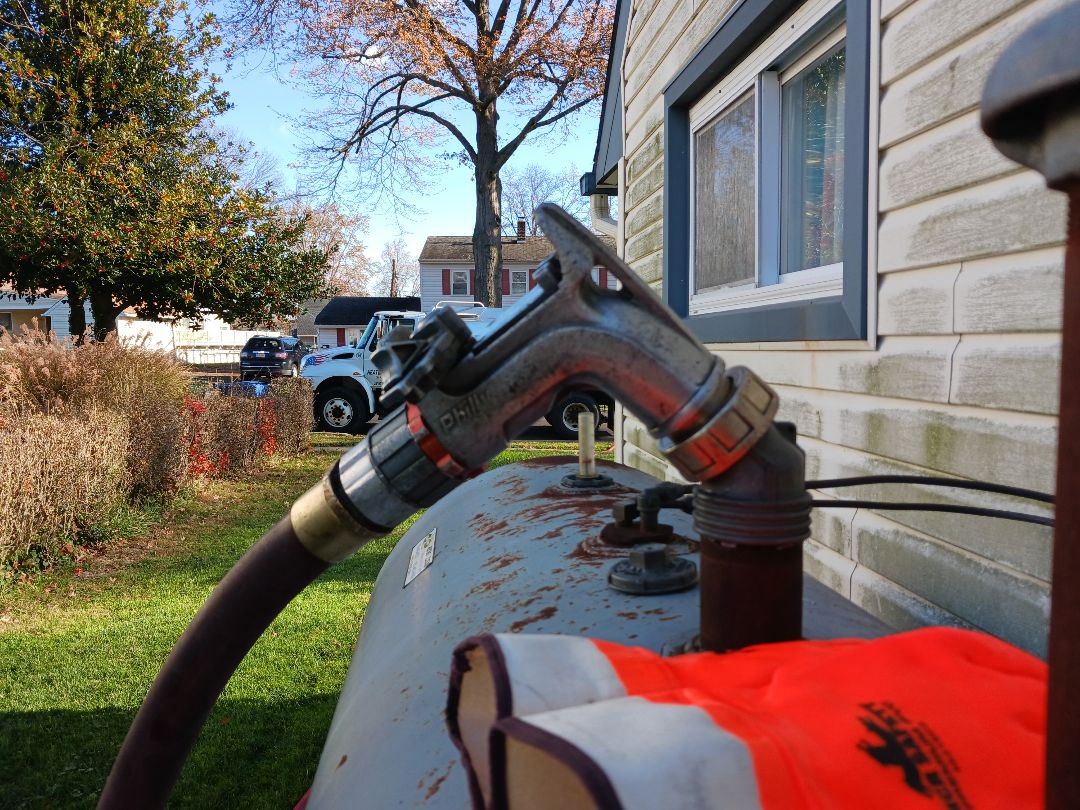 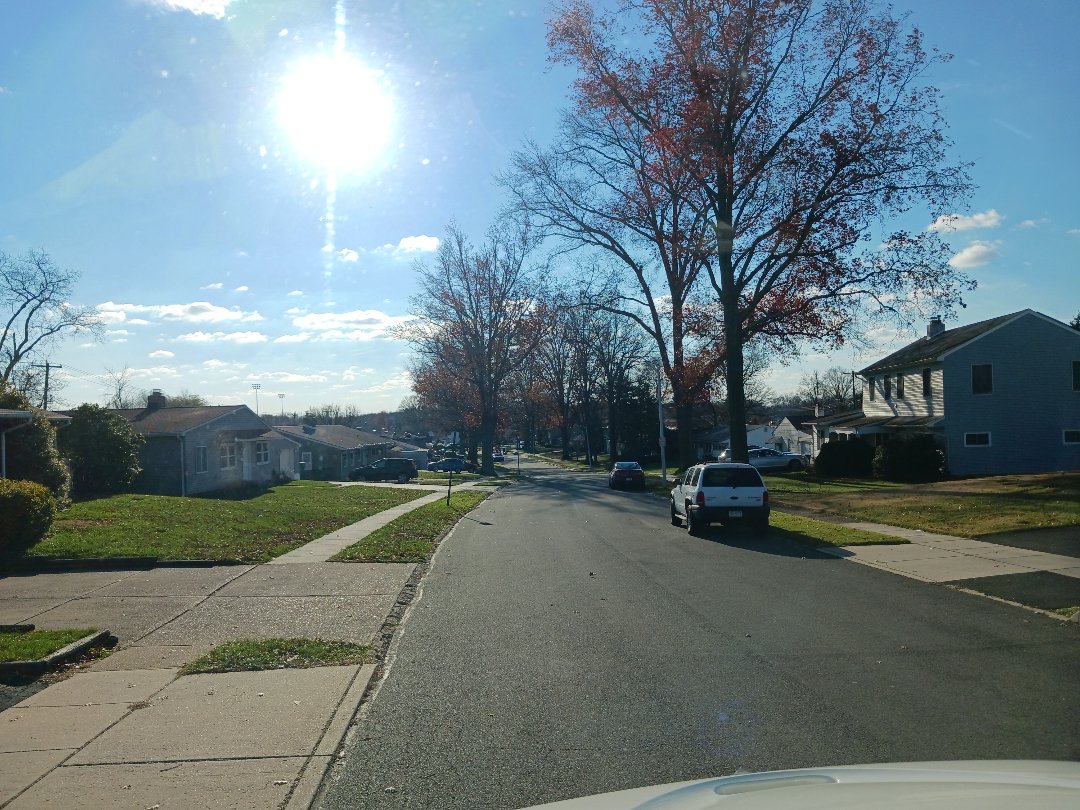 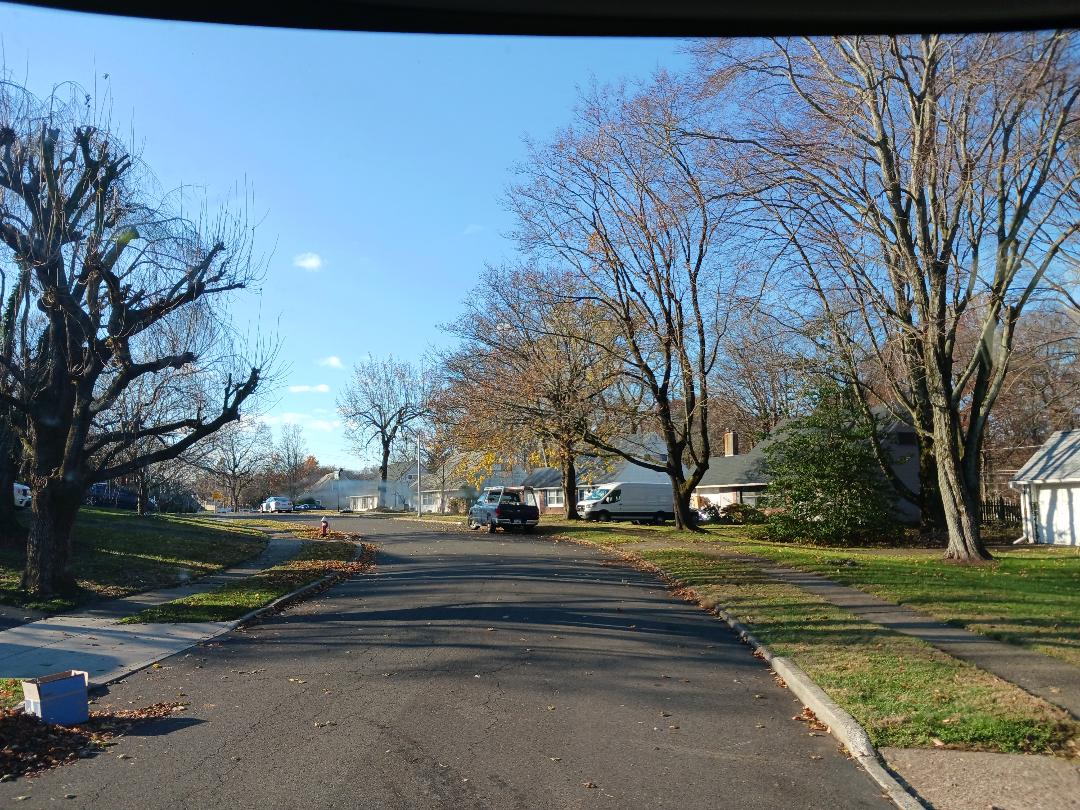